St Sedna's Church from the air by David Mullins on Vimeo. 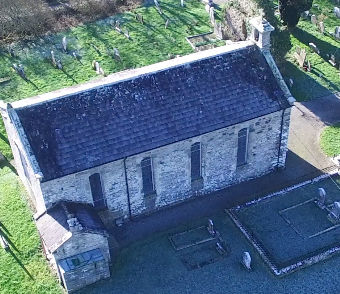 This prettiest of country Churches was built as the Massey family memorial chapel, in a site with the ruins of a medieval church.

It is a freestanding gable-fronted Church of Ireland church, built 1837-8, having four-bay nave elevations with pitched roof vestry to north elevation

The facades of the building are greatly enlivened by the skilfully-carved detailing of the hood-mouldings and ornate bellcote. Situated in a mature graveyard on a slightly elevated site in the landscape, the character of this church and its surroundings has changed little since the early nineteenth century

Situated in a mature, lawned graveyard, the churchyard contains the Massey family plot and the Givens family mausoleum.

At the rear of the churchyard is a Holy well, known as St Sedna's Well (but also historically as St John's Well). Each year, on the third weekend in July, there is the Clonbeg Pattern Festival commemorating St. Sedna and the Blessing of the well. The character of the church and its surroundings has changed little since the early nineteenth century.

For a full listing of all the news from around the entire Parish, old and new, please visit our News page elsewhere on this site. 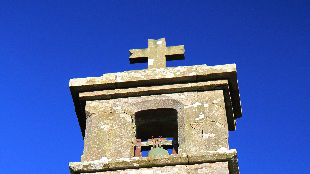